XAML Spy has been retired and is no longer available for purchase. Learn more

Announcing the immediate availability of XAML Spy Beta 2. This update brings performance improvements, enhanced automation support and addresses a number of issues reported by users (thank you!). See the release notes for a full list of changes. 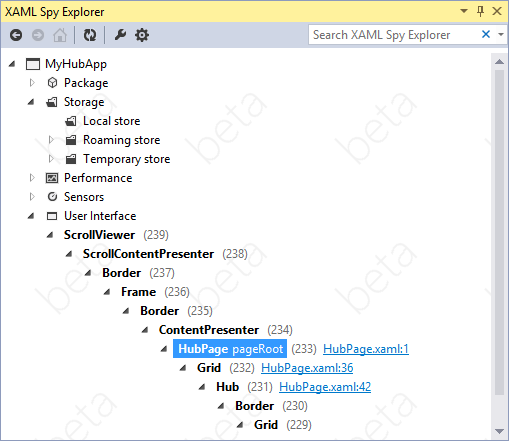 Feel free to install and use this public beta to spy on your XAML apps. The release is fully functional, and does not require a license until October 21, 2013. After October 21, you’ll need a valid license to continue using the beta. A license is valid if it has been issued on or after October 13, 2012.